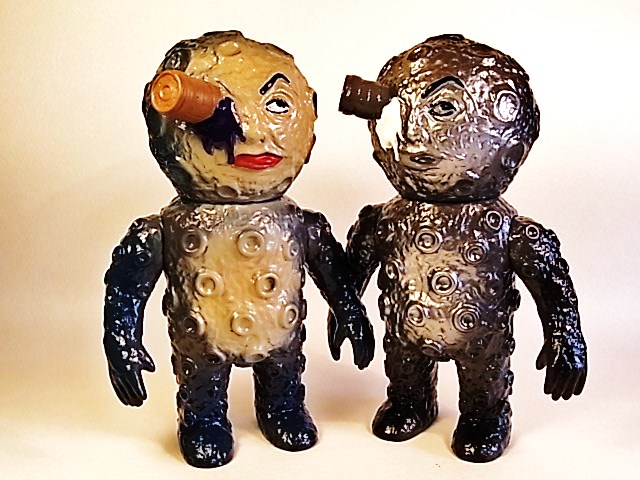 At NYCC 2013 held from October 10th to 13th,we will release two color variations of”Moon Knight Alpha” doll.This doll is added the head of the moon appeared in the movie”A Trip to the Moon” (1902) directed by “Georges Melies”to the body of our “Crater Man”.The head was made by the soft-vinyl doll collector”Stupid Yellow Monkey” in US.He wanted “Target Earth” who produced many monsters from B Movie to release the doll with his head by all means.I adjusted and jointed his head to our body.This is “Moon Knight Alpha”!Please come to our partner booth(KAIJUMONSTER: 406) at NYCC 2013 and see this “Moon Knight Alpha”.